In the February 2013 issue of the Ipswich council newspaper, The Angle, which is delivered to local residents in Ipswich, they were proudly saying how the council was helping businesses by reducing car parking charges within the town. Ipswich Borough Council have reduced the parking tariffs in all of its town centre car parks “in a bid to boost retailers”.

Also in the same issue they were running a competition to win 12 months free swimming or a car parking season ticket for 3 months. The council also has a project called Travel Ipswich which is all about improving traffic management and promoting smarter and sustainable transport. I find it rather strange that one part of the council is trying to promote sustainable travel, yet another is doing the opposite of promoting more cars into the town centre. I’d be much happier to see one of the prizes to be a free bus pass for a family for 3 months. This is especially true if it went to a family who currently primarily uses a car, but could use public transport instead to try an encourage them to travel more sustainability.

I’m sure there are other ways that the council could help the local businesses such as with the business rates or other improvements to make it much nicer to cycle from the suburbs and out lying villages to the town centre. In some of the newer suburbs of Ipswich there is fairly high levels of cycling to school due to the road layout, with many cycle paths alongside the roads including past schools.

Here’s some photos of the relevant page in the newspaper: 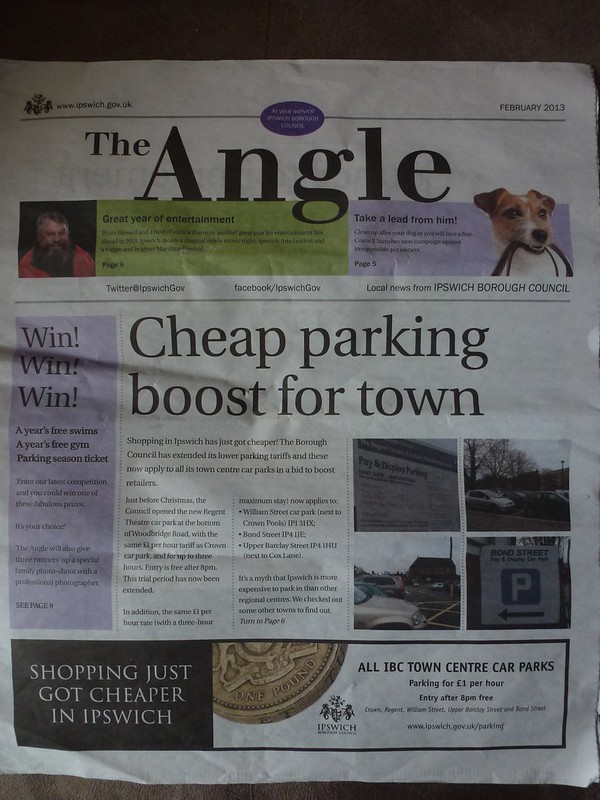 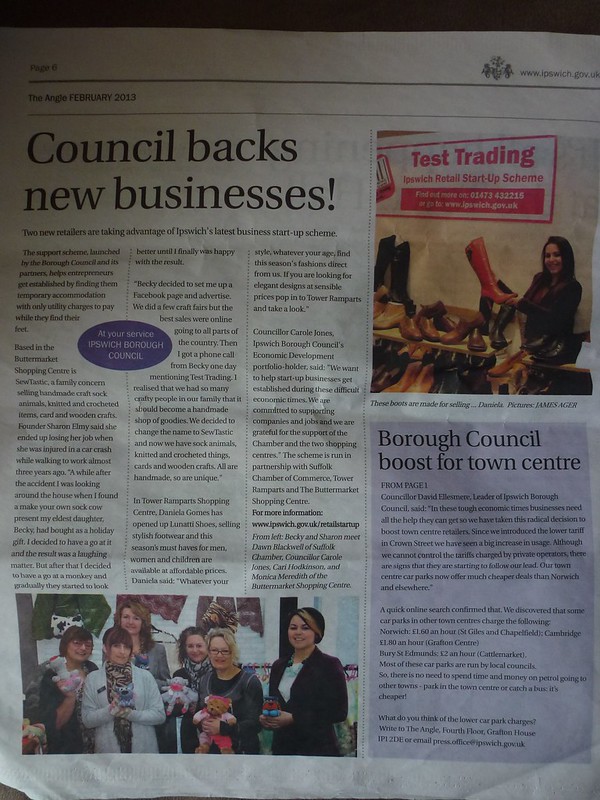 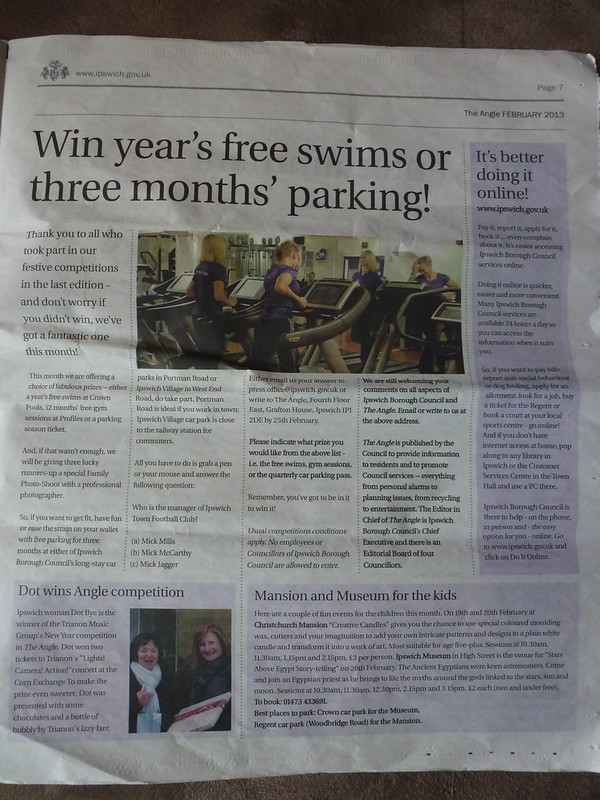 Update 2 April 2013: I’ve been contact by Ipswich Borough Council who have corrected some of the points in this blog post. Here’s what they have to say:

We’ve recently seen your latest blog post on cheaper parking and just wanted to clarify a few things you had mentioned.

The Travel Ipswich project that you refer to is led by Suffolk County Council, not IBC, and more information can be found here:http://www.travelipswich.co.uk/. One of the aims of the project is to improve traffic management, as well as improving pedestrian and cycle routes across the town.

If you have any questions or want to check anything in future, please don’t hesitate to contact us.