Recently the junction nearest to where I live had some temporary traffic lights again for some roadworks. Unfortunately the toucan crossings on the junction had a sign added that states “Crossing not in use”. However the next nearest option for crossing requires going back on yourself and walking an extra 5 minutes. People who do come across the sign just ignore it as they aren’t going to do a big diversion as shown in the photo. 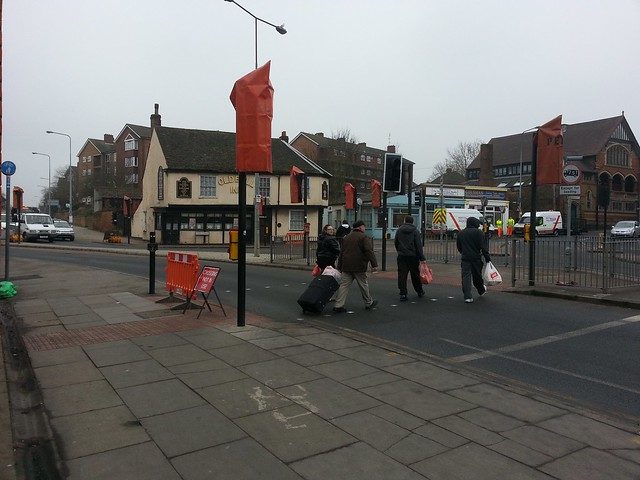 In this case there didn’t appear to be anything elsewhere on the crossing that would cause an issue and it’s not a constant flow of pedestrians.