First was the “cyclists dismount and use footpath” sign:

I very much dislike the use of this sign for a number of reasons. First it indirectly causes drivers to complain about cyclists not following the rules or signage.

Second with some bikes (including the cargo trike I was pushing that day, as my daughter wanted to walk) its extremely hard to stop and lift it on to the pavement. I would probably be causing more delay to the traffic by doing that compared to taking the lane.

Third some people with disabilities and other medical issues such as back pain, find it very difficult mount and dismount a pedal cycle, however find cycling alleviates the pain compared to walking.

Fourth this section of pavement already allows cycling so why would people need to dismount to travel along it? Though it does add conflict with pedestrians.

Finally, even back in November 2011, London had better signs saying “Narrow lanes do not overtake cyclists”, as shown below. Why can’t these signs be used here in Suffolk? 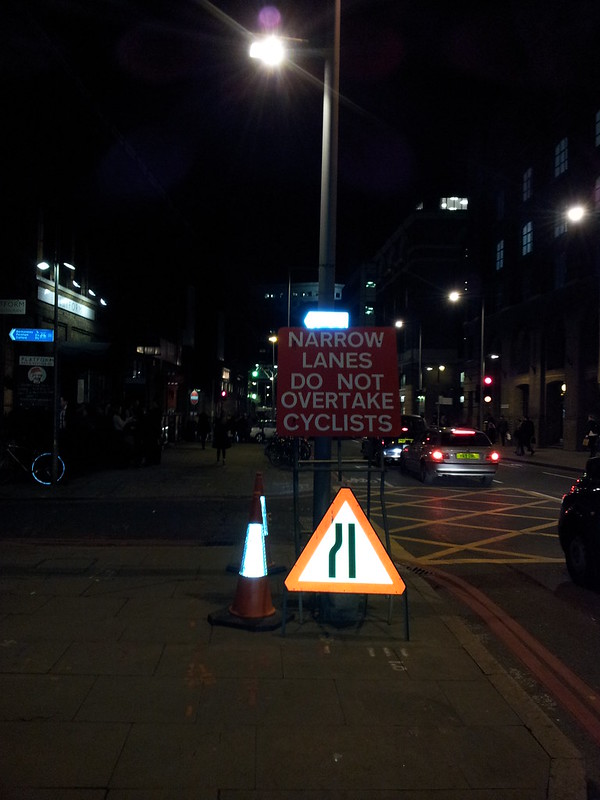 P.S. When will there be signs saying “Drivers get out and push”?

Edit: Reworded item 3 to be more encompassing about other medical issues. Added map.