Councils are often paying out to motor vehicle drivers for damage to vehicles, sometimes with courts being involved. There are several websites giving advice on how to claim for damage, including the government and councils‘ own websites.

As someone who passed my driving test a decade ago and was priced out the market by the insurance companies, I haven’t driven a car since. Thus I generally use the bicycle as my main mode of transport, when I’m not walking or taking public transport. The bicycle is also a great way to get away from the computer screen and get some exercise.

Trying to follow a map or GPS can be hard, and can involve some stopping and starting. I much prefer to follow signed routes, or follow signs to places. This is relatively easy to do in The Netherlands, however in Britain the place name signage is usually aimed at motor vehicle drivers only. This means following place name signs can be difficult.

Alternatively there is the National Cycle Network which is mostly signed routes, with occasional place name signage. However I then hit another problem, with these cycle routes during the winter and after heavy rainfall, and that is mud. On several trips recently on the National Cycle Network I’ve found my bicycle caked with mud. Here some examples photos from Norfolk: 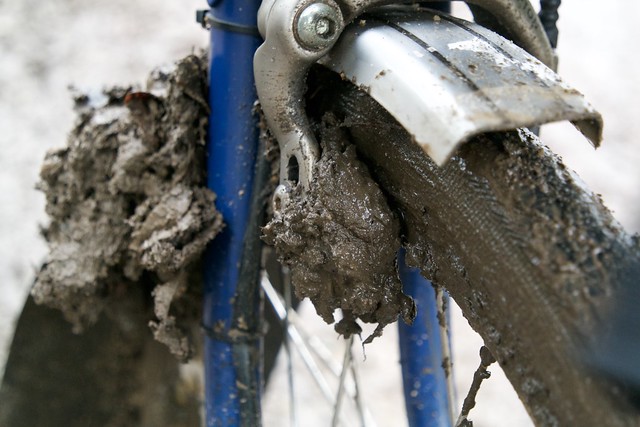 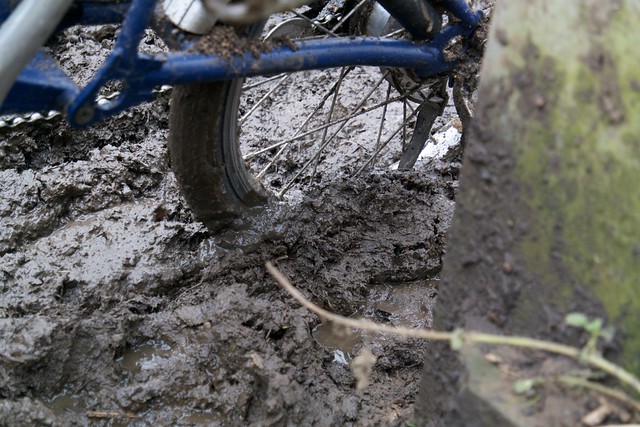 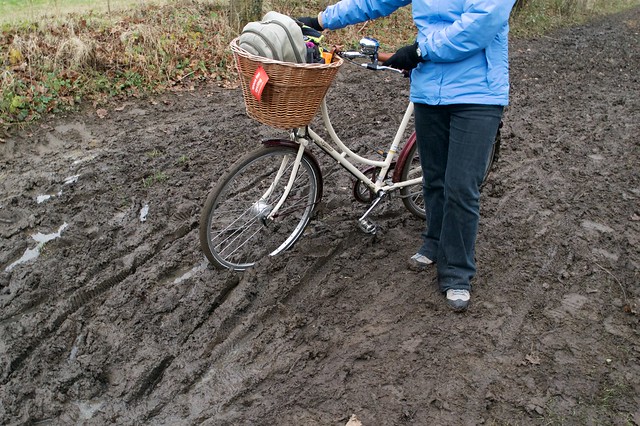 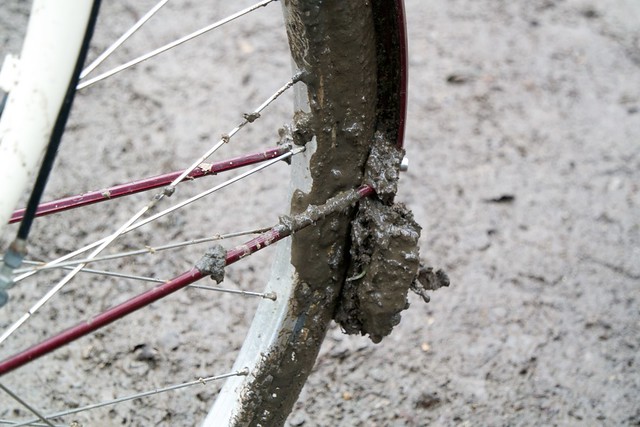 On another part of the path that wasn’t quite so muddy, I came across a family trying to encourage a 2-4 year old to cycle their bike however the surface was difficult for me to cycle, so no wonder the child was throwing a tantrum. If a young child can’t cycle on a cycle route all year round than it simply isn’t good enough.

When I go out for a bike ride I don’t expect it to end up caked in mud and to have to spend several hours cleaning and maintaining it, which I wouldn’t have to do if it was a good quality surface.

Can I put in a claim to the relevant councils for failure to maintain the path thus having to spend time cleaning my bicycle and the extra maintenance required? Had the councils put in a proper maintenance plan when they created the cycle routes originally they wouldn’t be in their current muddy state, hence the reason for thinking about claiming. It’s all very well councils spending money on new cycle routes and facilities, however if they don’t ensure the current routes are kept in good condition, they aren’t going to encourage more people to cycle, rather put of the ones who currently do.

After some discussion with Sustrans, I have discovered that there is a plan to upgrade the above path to a higher standard, however it’s taken a lot of campaigning to get to the stage of producing a plan with the council. Would putting in these claims make councils put more money towards cycle path maintenance? How long is it going to take to upgrade all of the other cycle paths across Britain that are bumpy or muddy? When will central government have a significant pot of money for upgrading current cycle in a similar fashion recently announced for the potholes?