A week ago I was cycling along London Wall and past the Museum of London roundabout, and noticed some changes with paint and traffic cones. As you arrive at the roundabout you choose which side of the cones to go on depending on whether you are turning left or taking the straight on or right exit. Left turn cyclists are given protection by the paint and traffic cones, whilst the straight on or right turn cyclists are mixing with motor vehicles. 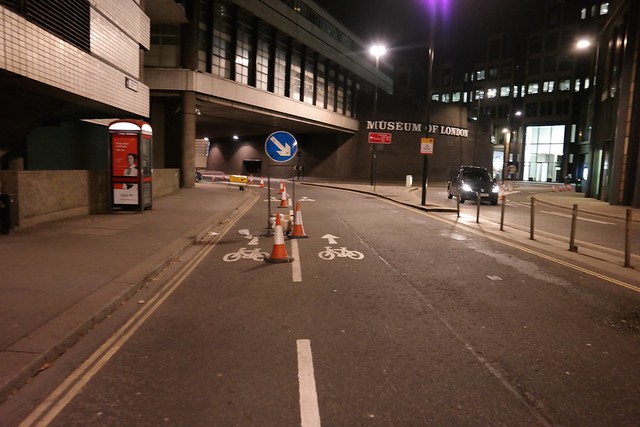 Then on the roundabout left turn cyclists are expected to give way to other cyclists coming round the roundabout as they about to exit the roundabout. Are these give way lines really needed? Can’t cyclists nicely merge together without needing to have priorities like motor vehicles require? There is enough space to have 2 cyclists side by side without impacting motor vehicle traffic, thus this shouldn’t be an issue. 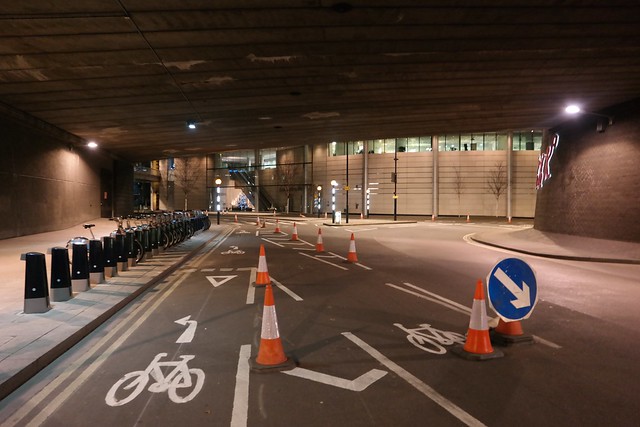 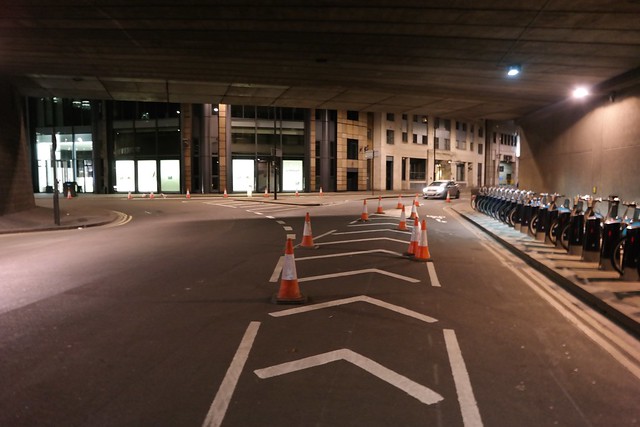 Most importantly I’d like to question why cyclists who are not turning left are expected to mix with motor traffic? This is not going to help encourage inexperienced cyclists to use the roundabout. Will the cones stay there long term? Or will the cones be removed with motor vehicle drivers simply ignoring the white paint? Could drivers complain at cyclists going straight on or turning right for not using the cycling facility (i.e. being to the left of the cones/paint)?

Why not follow the tried and tested Dutch designs for roundabouts since there’s plenty of space? Both David Hembrow and Mark from Bicycle Dutch have blog posts explaining Dutch roundabouts, thus I won’t go into detail here.