Last Sunday I headed out to map the new Waitrose and John Lewis at Home stores in Ipswich that recently opened. I also took a look at what the cycling facilities of the new store were like and got them mapped into OpenStreetMap. The building outlines were in OSM already, as were the roads that were previously in OSM as being under construction had already been converted to active roads by someone else already. 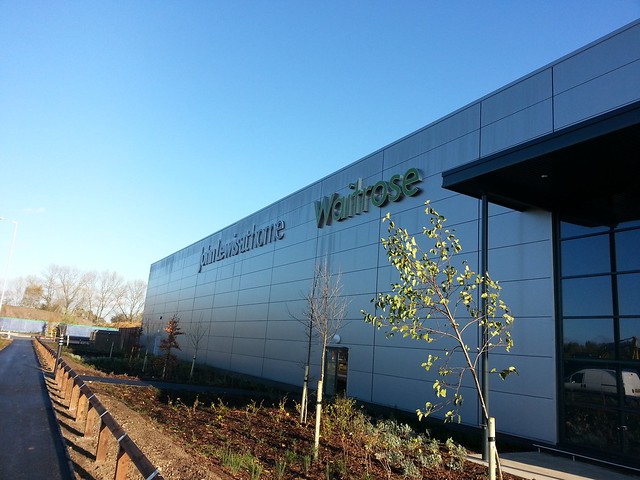 The access roads all have shared legal cycling on the pavement that are a reasonable width, which is a great start. There is however only 2 sets of 6 spaces for parking bicycles at opposite ends of the store. 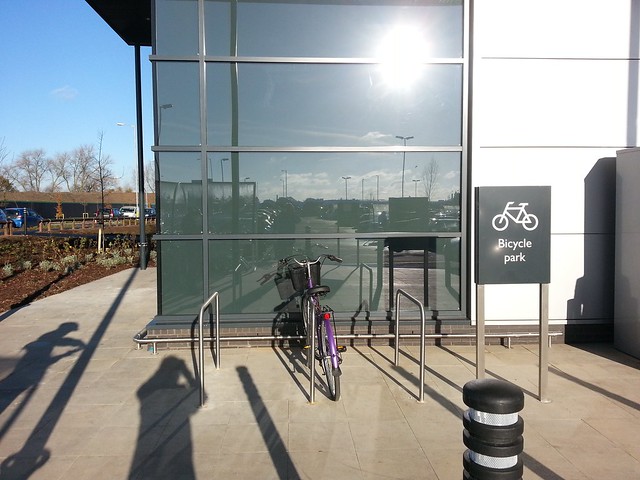 When I visited, there had been so much demand that people were tying their bike against the sign telling them where the bike park was on the currently more obvious one to park at due to it being nearer the entrance. 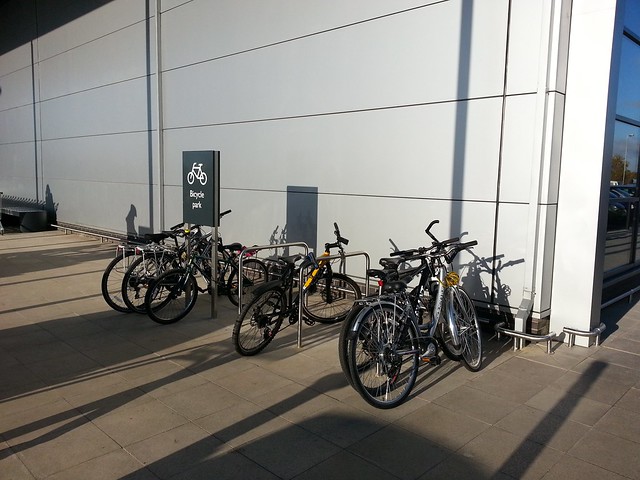 I’d have expected there to be more cycle parking especially when the car park was over flowing and encouraging more people to cycle would reduce the demands for their over full car park.