I was recently alerted to some new bicycle parking having been installed at the new Waitrose/John Lewis at Home in Ipswich after my recent blog post, so went to take a look. 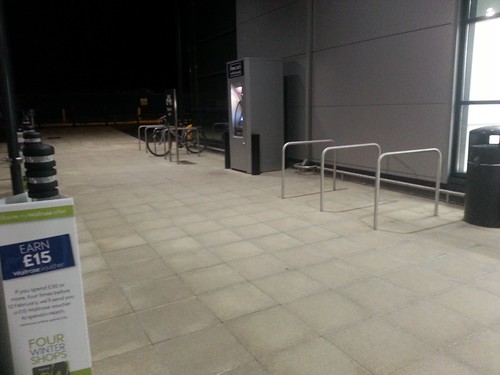 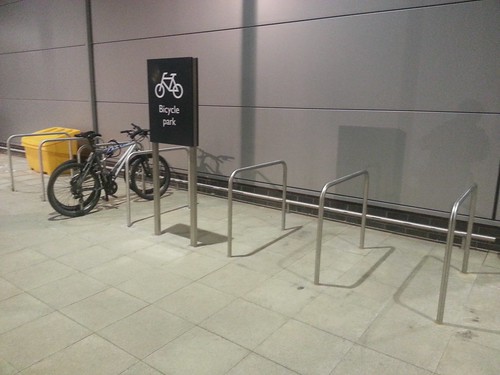 They have almost doubled the cycle parking since the previous time I visited after I emailed as pointed out that it was well used. It’s great to see them take such swift action. I wonder how long it’s going to take Sainsburys to repair the cycle parking outside their central Ipswich store. After contacting Sainsburys via Twitter, who passed it on to the store manager, however Cycle Ipswich have been unable to get a response from him.

I also noticed another sign on the access roads which was added under the street names to say “These roads and footpaths are not yet adopted please refer to developer”. I presume that the council has had complaints about those roads, and has thus added them. 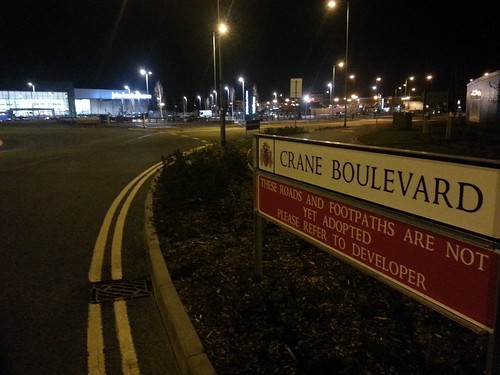 Of course I have updated OpenStreetMap. I used Vespucci to update the data while I was there so that I didn’t need to remember to update it once I got home.

In January I was at the Wherecamp.eu in Rome, and recorded most of the talks that happened. I have now uploaded those talks to YouTube for the wider community to be able to watch. Here’s the videos in the order they were recorded:

Tariffa and problem management in Africa

A demonstration of CartoDB

37 Things you didn’t know about ESRI

An introduction to R for spatial analysis

A Linear Sense of Place